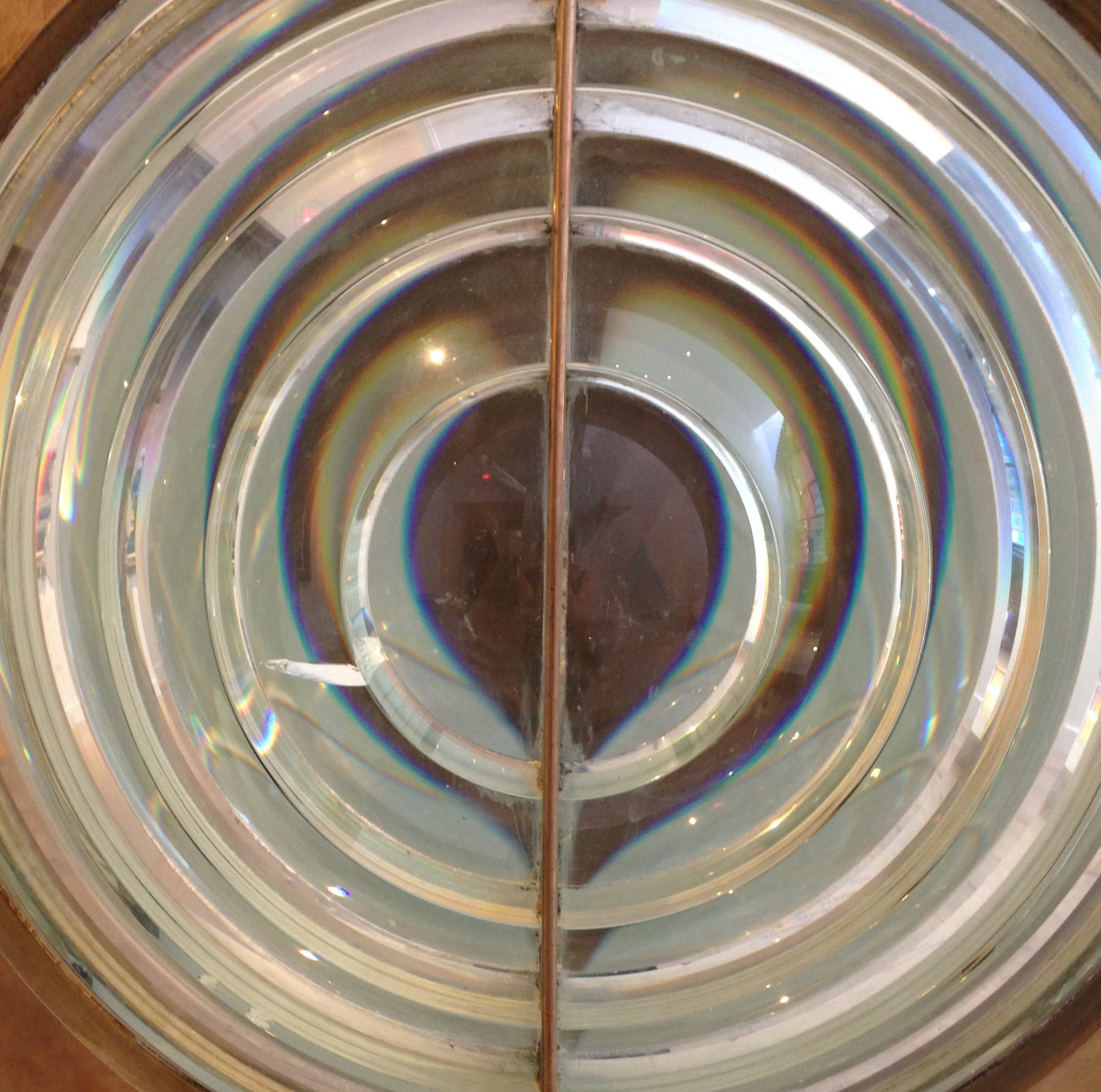 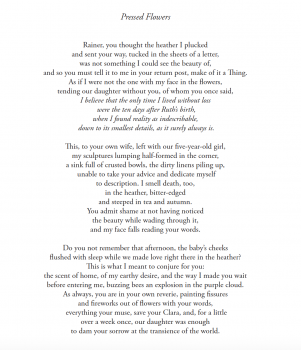 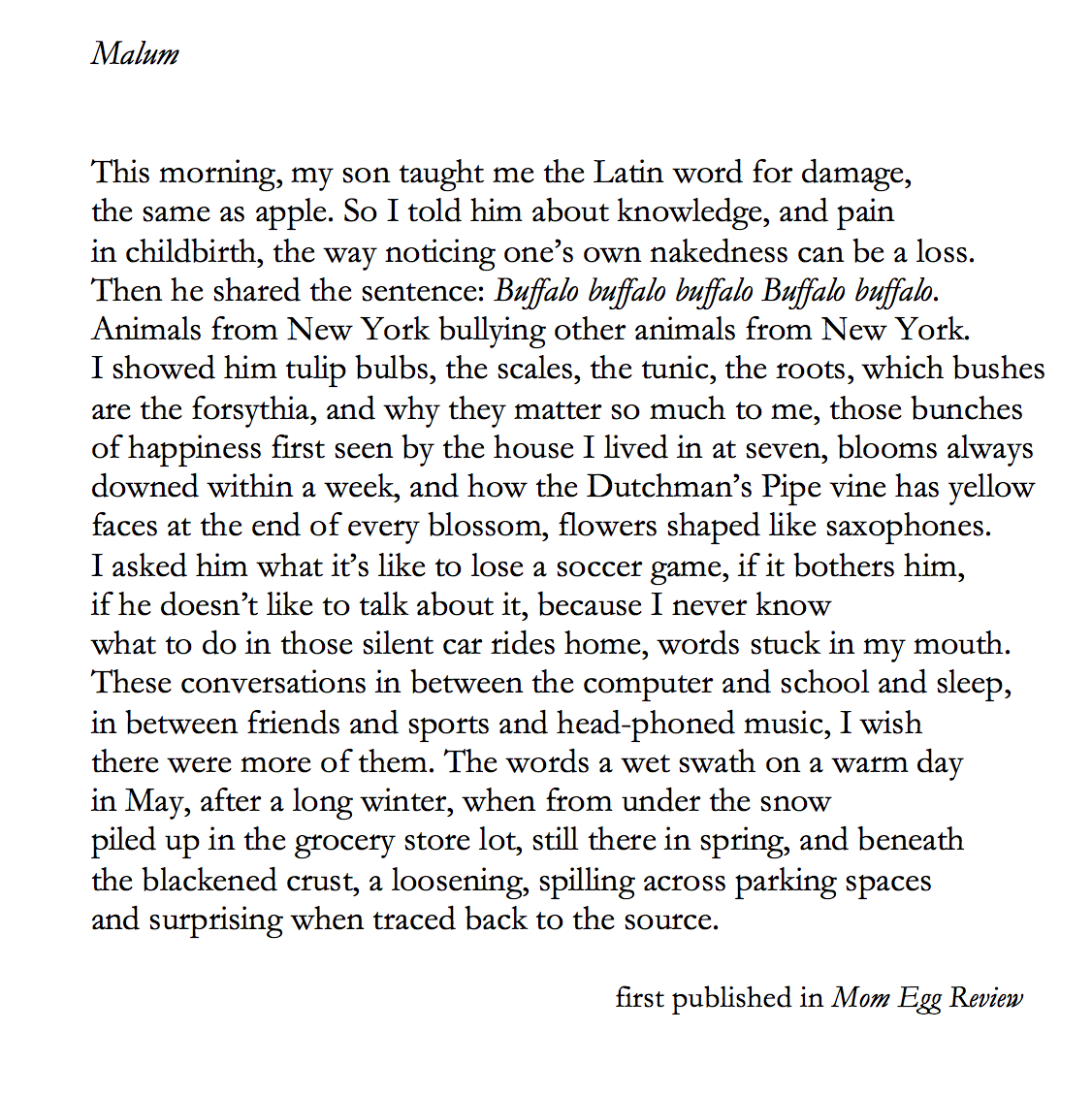 Why I Became an English Teacher

When I read Maggie:
A Girl of the Streets
in 11th grade English,
my teacher told me
the yellow in the story
could only signify
decay, as in rotting
teeth, as in the streetlamp
glow bathing
the young prostitute.
She told me it was
ever thus, yellow used
by all writers to symbolize
only this one state
or action. Drenched
in melancholy, swathed
in sadness
not sunlight.
But what of the yellow ochre
horses dancing
across Lascaux
Cave? What of the finch
flashing through
the bush? The sun-
colored cabs in New York
City are yellow,
the easiest color
for the eye to spot.
When Ilene Woods
sang Cinderella in
the Disney movie, she
hesitated before
harmonizing
with herself, unsure her
voice would fit
beside itself, slip
inside the folds,
a stockinged
foot into
a slipper. What if she hadn’t
cracked open
that egg
to explore the yolky
richness of her
inherent harmony?
That song would be lost now,
amidst the hearth
cinders and mice.
I’ve spent my life writing
belonging and joy
in yellow tones,
declaring dandelion
a flower
not a weed,
the ball of sun, Italian ice
from the silver cart,
pollen like summer
snow, the silken, sticky
hair inside the husks
of corn.
Perhaps she was partly right.
Maybe I just
didn’t want
to dwell on Maggie’s
ruined mouth,
the yellow
beam of a spotlight
to draw men’s eyes
to her, moths
bent on burning
inside a flickering
candle,
how her crushed girlhood
leaned against
that iron post.

Mass on the Mammogram

If inside a soft place grows a
firm and alien thing, how to go
back to the time when biting
into a peach brought happiness?
Intentional poison will light up
your lymph nodes till you are
a radioactive filament, till
the branches of your tree are
stripped of fruit, the mill
of your imagination grinding out
terrible grain, and on your plate,
a meal you cannot taste.
Like that apple. It was easy
to eat until thinking back on it
later, linking it to what slipped
through fingers without knowing
it had been held there.
The way a pit settles in a palm
and fingers form a fist around it.
Wrinkled little bomb, remnant
of sweetness. Loss always does
this. Leaves behind a stone.

we / do not admire what / we cannot understand
– Marianne Moore
I.

I admire, deeply, the wolf under the tree,
the way she repeats her tight ellipses
over and again, a skater training on a rink.
Her path is sure. She doesn’t need to deviate,
until she does. Her neck, craned to one side,
allows her to look at what has tried to escape
her in the branches. What hides above
is bigger than she is, made bigger than that
by darkness and shadow, but it smells good,
so she doesn’t care. Night falls, and still
the wearing of a track into the dirt beneath
her paws. On her side, an old scar amidst the
silver-gray. Why wouldn’t I understand her
hunger, her steadfast pursuit? Why wouldn’t
I want what she has, what she wants?

I admire the pushing elephants, the way they
plunge as one into the mud to save a single
calf. Ears flutter as they turn to check that
they are all together in this, and down they go,
trying to fish him out from underneath with their
trunks. And they do it, too, without language,
without machines. They also mourn their dead
and visit their bones. In their biggest brains,
they store for later what has passed them by.
They know mortality, placing fallen leaves on
top of it. I understand how death has us trying to
blanket loss. I, too, know the way the place
of loss becomes the loss. But I want to recognize
myself in mirrors placed before me. For tusks
to curl like ivory swords right out of my face.

Where the plows can’t reach
snow crusts brick tenements in
a black-and-white photograph.
Outside the apartments
streetlamps glow like twin moons,
as if belonging to another solar system,
one where Billie Holiday didn’t die.
Still, the thin blade of her voice
keeps slicing, fragile and honeyed,
transporting me to a closet-sized
chamber redolent with beeswax,
illuminated by a single bare bulb
swinging from its cord.

Thinking of her now, that thirteen-year-old girl who died by
smacking into a moving box truck at the bottom of Haskell Street
when her bike brakes failed, I don’t think of her as much as I think
of our music teacher, Mr. Dunn, and how exasperated he’d get
with Alita when she came to chorus and put her feet up on the row
of chairs in front of her, leaned back, heavy with attitude, crossed
her arms, and fixed him with her haughty stare until he’d look
away, unsure of how to bridle her, she who never did her
homework, talked back and snapped her gum, said the F-word
under her breath, she who I looked up to with awe, her seventh
grader to my sixth seeming a world away, and I think of the other
girl on the back of the bike, nameless to me now, the one who
jumped off in time when Alita lost control, and how she must have
felt guilty to be glad for her life, and I think of my own son, the
same age now, and how he is just a boy, and so she must have been
just a girl, and not the powerhouse I made her, her hard surface
probably hiding hurt beneath, and maybe Mr. Dunn wasn’t the
hypocrite I thought when he cried for her after she was gone,
perhaps he saw her as the child she was and mourned for the way
he lost their staring contests, wishing he’d had the fortitude to
make her flinch when he still could, make her lower her long legs
in those two-toned jeans, make her throw out her gum and behave
so that she wouldn’t be the kind of girl to joyride down the steepest
hill in town carrying a friend behind her on the banana seat, daring
someone to call her bluff, no sense knocked into her yet, no fear.

I didn’t know light
could be so devoid of warmth, shallow splash in the pan, empty rush
for gold, how much can catch on a single strand, strung between the legs
of the wicker chair and the metal chair, one that wove a basket on my back
in summer, the other searing a waffle of diamonds across my thigh
in early fall
when days washed in this much brightness had us wearing little,
keeping down our guard, shoulders loose, lemonade at our lips still,
and raspberries.

The whole season turned down
an octave, the day still Technicolor bright, heightened but chill. Crisp
shadow of knuckle and pen point on paper, the implement’s tip.
School bus shudders at the stop sign, fat squirrels trapeze the lilacs,
overturn fallen leaves, nose and paw the mulch, dogs looking
for buried bones.
Sun catches on silken threads spun out overnight. These days
hold steady above freezing, not bitter enough to down
the webs.

The flies are still
abundant, a singular beetle roams the patio, each brick pock-marked
and ragged, each divot evident in the wash of late afternoon sun,
white light, a clarity, premonition of cold, warning shivers the grass,
V of geese a solitaire variation spread across blue and thinning clouds,
the cards are dealt,
laid out flush upon the table, as sure a winning hand as the fact
that winter waits around the corner, it’s just not clear when
the snow will fly.

The sound of squirrels
doing their DNA chase up the trunk of the Norway maple,
a crazed clattering, dry fingers stirring empty shells in a wooden bowl,
the way Aunt Betty’s mauve-tipped fingers cracked and drained pistachios,
clicked the counter as she fished for vocabulary, always half
in pursuit
of twenty-three down, eleven across, half in the world of surfaces,
of Pall Malls, of hunger. Like her, I advance my pen, click fingers
across keys, can’t get lost in the hunt, the season
pulls me back in, dinner needs making, the yard needs raking,
a dog barks to be
let out, my neighbor stuffs leaves into a bag, compresses them
smaller and smaller, cleaning tines fast as she can, racing against
the light.

Your smiling face floats above the crease,
your unfinished business, unfinished,
the ink of your life smudging fingers across town.

This same fall, the 60th anniversary of Charlotte’s Web.
Narrating, E.B. White’s voice cracked at the death of the spider.
It took him seventeen takes to record the end without tears.

It isn’t easy to lose an unlikely ally, someone who
lived with you in a little painted village on a shell
in a world with the yolk blown out.

This poem first appeared in Silkworm